Origin of the spanish influenza 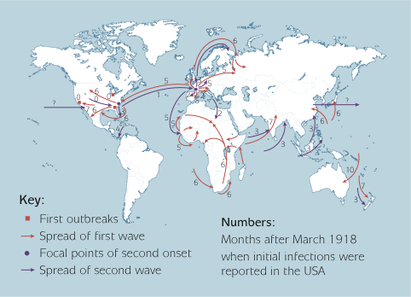 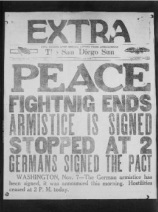 American newspaper declaring the end of WWI.
The Spanish Influenza had been officially declared as a pandemic for quite a while by the time the second wave started striking countries around the world. The first wave, despite being milder than the second, was still infectious enough to cause the Spanish Influenza disease to be officially labelled as a pandemic. This happened around the end of March, 1918. At that time, everybody’s attention had been focused on World War I, which had still been raging. Thus, no one had paid much heed to the pandmeic, although of course everybody had agreed it would be inconvenient to fall sick. By the time the second wave of the Spanish Influenza rolled around the world, the war was over, and people were more concerned with celebrating that than putting all their efforts into stopping the spread of the disease. Thus it was never  taken seriously enough at it’s initial stages, resulting in its rapid spread around the world. 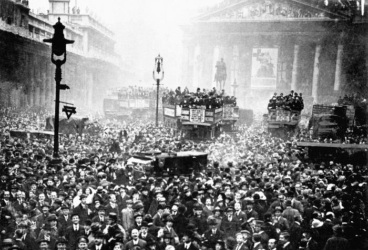 Thousands of people gathered in a celebratory parade.
The Armistice that ended World War I was signed on the 11th November, 1918. Soldiers were returning home to their original countries; New Zealand soldiers were naturally returning home to New Zealand. But the soldiers did not return home empty handed, so to speak--it is thought they brought with them the second wave of the Influenza virus. At the time this revelation came as a shock, though, really, it was only to be expected. The second wave was extremely easy to catch in confined spaces, such as the ships that soldiers were returning home from the war in. In this way, World War I actually assisted in the spreading of the second wave.

Further proof of this is in the fact that the first New Zealanders to catch the second wave of the Spanish Influenza were soldiers. The troopship Tahiti, containing the New Zealand soldiers, had docked at Cape Town, South Africa, on it’s way to Plymouth, England. In South Africa, there were reports of fever and illness, so none of the crew members left the ship. However, locals came aboard the ship to coal it, and in a matter of days over half the men on board fell sick with the second wave of the influenza. Over 80 of the men ended up dying.

As stated above, due to the fact that the Armistice had been recently signed, the threat of the influenza was not taken too seriously. In fact, many countries held celebrations--there were huge parades held in Christchurch, and in Auckland’s Queen street, to name a few, for the soldiers--which served to further spread the second wave, as people ended up gathering in the thousands, and germs were able to easily pass from one person to another.
In New Zealand, many more people caught the second wave of the influenza than the first. That fact, coupled with the fact that the majority of the illness cases were quite severe, resulted in those working in hospitals and in the medical profession becoming overwhelmed.
The peak of morality for New Zealanders occurred on the 23rd of November, 1918. After this date the number of deaths due to the second strain of the influenza began to decrease as the flu pandemic began to slowly disappear. 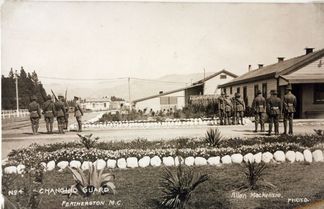 Featherston Military camp.
Although no one race or community was immune to the influenza virus, it still did not affect every community evenly. Some communities were completely infected and decimated, whereas others were surprisingly unaffected.

Military camps were the only one place where, as stated by historian Geoffrey Rice, “mortality showed any uniformity”. (7)  This does not come as much of a surprise, as it is thought the disease was largely spread by World War I. Hence military camps were the most dangerous places to be at the time. At Featherston and Trentham camps, the death rates were as follows: 22.6 and 23.5 deaths per thousand people. (8)
Powered by